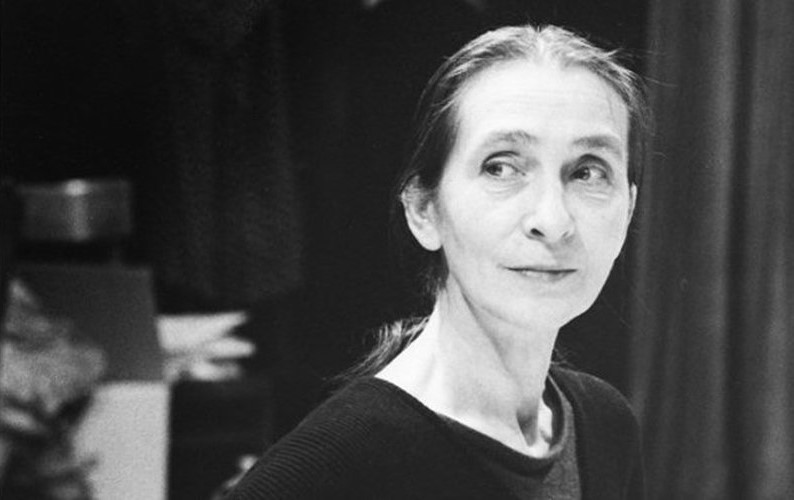 Some of the most significant moments in my life have been encounters with real masters.

Now before I will share about my life-changing encounter with one of them: the at that time living legend Pina Bausch, I would like to explain what my understanding of a master is.

In the culture I am raised in it is an important idea that you are your own master, and beware never to put anyone else ‘above’ you. Never ever should you trust someone else more than yourself.

In Sufism they say the opposite: “Oh soul: surrender yourself, for Gods’ sake! Even if it is to the cat of the neighbour. Anything is better than being a slave of yourself.”

A real master can appear in many ways and forms. But they all share one thing: they are a clear mirror to your true being, because of their selflessness and purity. They themselves became masters by surrendering to what they love and want to serve only.

The admiration a disciple has for the teacher or master, is not consumed by the master, but rather potentiated by him or her and reflected back.

The master shows that this love is coming from and belonging to the source within you.

He or she may evoke this love profoundly in your heart, but knows it to be universal and not personal. In the presence of a master, who is purified and liberated from his or her self and its needs and desires, only truth is reflected back to the disciple. This reflection resonates with their soul and liberates the disciple of his or her false self-image.

Unfortunately people falsely claiming to be masters, just give the true masters a bad name in such a way that we doubt their existence and tend to mistrust any kind of natural authority as well. Even openly admiring another human is considered suspicious in that same culture.

I am born with a devotional nature. To me what elevates my spirit most is seeing the beauty in everybody and everything. I don’t feel diminished by this, but rather expanded beyond my personal limits and ideas. In this way I truly don’t really see ‘others’ as others, but rather as expressions of the One Self.

How and why did I meet Pina Bausch?

I was at the age of 17 and studying dance at the academy in Arnhem. I had lost all sense of purpose after so many years of hard training.

As I was admitted at the Conservatory of The Hague at the age of 9, I left my family and lived with host-family’s to become a ballet dancer.

The dream it should have been, was a nightmare to me.

And I didn’t know why, until I met Pina….

I am forever grateful to her, and the way she has lead me out of my confusion.

There was small notice on the board in the hall of my school that drew my attention:

As I read it I was aware of my total confusion about my destiny as a dancer in this world. I had been in school since my ninth of age, training like an athlete many hours a day, for what? I had no idea where I would see myself in the world ‘outside’.

As I saw the note I decided then and there to take this opportunity to get some idea or even hint about this. I wanted to at least once go out and throw myself at it, just to see how the world would react to me and to get an idea of where I stand as a dancer. I had not a clue…

That same day I bought the train ticket to Wuppertal and went on an adventure. I had not even checked what or who I was actually going to audition for. I just deeply felt called to go and find myself in a new light.

At the morning of the audition I was overwhelmed by the amount of young dancers from all over the world that came together. I had no idea this dance company was so well known and highly renowned. I estimated  there were some 250 aspirants as I was part of the long caravan, walking from the youth hostel to the theatre where the audition was to take place.

A commission of about 10 people was seated, with Pina Bausch in the middle, on the stage, looking down on us in the hall while we had one class after the other: ballet, modern dance, dance theatre, voice work, improvisation.

After each class, half the group was thanked for their efforts and said good bye to.

I don’t remember much of the classes. I just know I deeply enjoyed and it was as if I met myself in a complete new way.

But what I remember most were the piercing, shining eyes of Pina Bausch with which she observed us, like possessed by beauty.

I could feel the beauty she was seeing, by the way she was looking. Looking deeply at the soul of the movements. And by that way of looking, revealing it. Yes: like pulling it out of us, lifting us out of ourselves.

And suddenly the last class had ended and about 8 of us were standing in a line, panting with exhaustion, face to face with Pina Bausch who was still seated amidst the commission.

A great silence and warmth filled the space. It was just her love we could all feel in the air spreading out. She had literally cleared the space of all she didn’t need and we were the ones she had captured as if ready to be eaten. That is what it felt like…

She scanned the line with her eyes until she had me in her gaze.

This moment felt like an eternity. So much love and wisdom radiated from her to me.

I could feel her embrace as she started speaking to me:

Her presence and words were so powerful that it had me enter another dimension.

I got like a birds-eye perspective, seeing myself from above in this situation. I was positioned in a dark space, but right in the middle of a cross of light on the floor. At the intersection between the vertical and horizontal, in the heart of a cross made of light.

“Are you sure you want this? You are still so young…”

The way she said this to me, asking me really, deeply impressed me. The impression was so strong that I felt touched right on the level of my soul, my essence, where now light was shed on by someone really looking to see me in my core, maybe for the first time in my life.

Her way of looking seemed to scatter all illusions around myself for a moment, to reveal whatever is real and nothing else. For a moment, in this beautiful light, I could see the truth about myself. I understood the confusion I was in for so long already. And by seeing this it resolved right there.

All this time I felt myself as a dancer, without any doubt, but definitely not as a theatre personality. These two things had always been mixed up in my education: when you are a dancer you are to perform on a stage.

That was the dissolution: I suddenly saw clearly that I am a dancer, but not a theatre personality.

In a flash I got a glimpse of another life, even of me as a mother. Not at all the life of a dancer on stages all around the world.

It felt like having put all of my effort, with blood, sweat and tears, arriving at the top of a mountain, and then discovering: oops! Wrong mountain!

Now I know it wasn’t a wrong mountain. The emphasis for me was to travel down, down into the depths of my being. Finding myself merged with the earthly plane. Merging with the body.

I started to get in touch with a deep longing for simplicity and anonymity, which was in huge contrast with the life I was prepared for as a dancer.

My answer to Pina shocked me, probably as much as it shocked everybody else in the room.

Oh my God! Who says “no” to the best job in the world, working with such a legendary artist? That’s a good question…Who was this girl, throwing her promising dreams away, getting nothing but the unknown in return?

Who am I? That was the real question that this experience gave me the courage to dive into.

Pina Bausch transmitted such a love and wisdom by just the way she held me close to her like this in her vision. She gave me one of those rare moments of enlightenment. It felt like receiving Divine guidance through her.

I am forever grateful to her wonderful heart and presence and for giving me the chance to say “no”.